Dr. Morgan grew up in a small Alabama town called Luverne.  He received his Doctor of Veterinary Medicine from Auburn University in 1964.

Throughout his career, Dr. Morgan has placed great importance on civic and community activities.  He was a Past Chairman (1996) and served on the Board of Directors for the Greater Largo Chamber of Commerce for ten years.

With his numerous leadership positions in the community, Dr. Morgan was honored by being named Citizen of the Year for the City of Largo, by the Greater Largo Chamber of Commerce in 1977.

As a highly respected member of the veterinary community, Dr. Morgan received the Gold Star Awards from the FVMA in both 2000 & 2001 and was named the Florida Veterinary Medical Association Veterinarian of the Year in 2007. 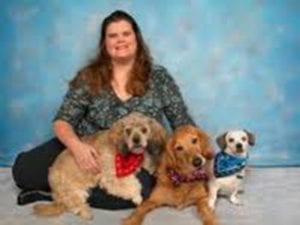 After graduating from Louisiana State University School of Veterinary Medicine, Dr. Robin Moore, owner of East Bay Animal Hospital, joined our team in 1996. She purchased the hospital from its original owner, Dr. Alfred P. Marshall in January 2008. Dr. Moore resides in Largo with a menagerie of personal pets. She considers the “gray-faced” ones to be extra special. Her home invariably includes at least one “senior citizen” that has found itself orphaned during it’s golden years. As a result, Dr. Moore has developed a passion for ensuring that the quality and quantity of life is utmost for her geriatric patients. Compassionate, individualized care is what Dr. Moore strives to permeate throughout every patient and pet owner with each East Bay Animal Hospital visit.

Board of Directors – Pinellas Animal Foundation